What is Premature Ejaculation or, Shighrapatan?

Do you come too soon? Too early than your partner in bed? You are not alone!

Premature Ejaculation (PE) or Shighrapatan in Hindi, is a common sexual disorder in men. Roughly, 30 to 40% men across the world including India experience problem of PE at some time of life.

Approximately 30%-70% of American males experience premature ejaculation. The National Health and Social Life Survey (NHSLS) indicate a prevalence of 30%, which is fairly spread across all adult age groups. 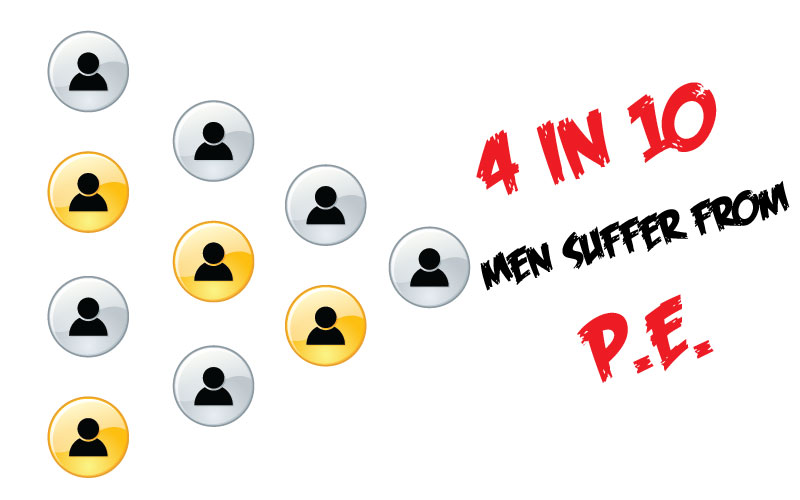 What is the specific criteria of Premature Ejaculation?

In almost all sexual intercourse, the ejaculation occurs within 1-2 minutes after vaginal penetration or before the man wishes it to happen. If this problem continues for at least 6 months, then we may call that the person is suffering from Shighrapatan or Premature Ejaculation. P.E. causes mental stress and adversely affects an individuals personality and self confidence.

Many patients complain that they ejaculate on minor physical stimulation leave aside penetrating the vagina. If the PE is so severe that it happens before penetration, then conception will not be possible, or in other words pregnancy to the female partner will not happen.

Premature ejaculation can be Chronic (lifelong) or acquired (recent).

In chronic PE, the person is said to be experiencing early ejaculation since he became sexually active (ie, post puberty). It could occur during his first sexual activity or even with minimal stimulation of sex organs as well.

In acquired PE, an individual who could control ejaculation for an acceptable duration and had successful sexual relationships, suddenly could not do so for past few weeks/months.

Some of the common reasons of Chronic PE, include:

Some of the common reasons of Acquired PE, include:

Many factors are responsible for causing premature ejaculation. However, we may divide the list of causes into two broad categories  biological and psychological:

Differences in nervous stimulation and hormonal changes can trigger premature ejaculation. Biological factors as enlisted below can cause P.E.:

It is a common belief that PE is all in mind. Its true also, to a certain extent. Psychological factors as enlisted below can cause P.E.:

P.E. is not a disease, but surely a matter of concern. It should be addressed as soon as possible to a qualified Doctor. Never should one waste time and money on Quacks who have no scientific method of treating a person from Premature Ejaculation, or Shighrapatan.

Whom to see for treatment of Premature Ejaculation?

We at Dr Monga Medi Clinic have been successfully treating people suffering from Premature Ejaculation for over 7 decades. Our approach to treat patient is simple yet most effective. Our counselling sessions, easy to do exercises, diet plan, and Ayurvedic medicines have worked wonder on people who have shown excellent improvement in their control over ejaculation. If you wish to get rid of your PE problem, then look no further and contact us immediately for a satisfactory and long lasting solution.